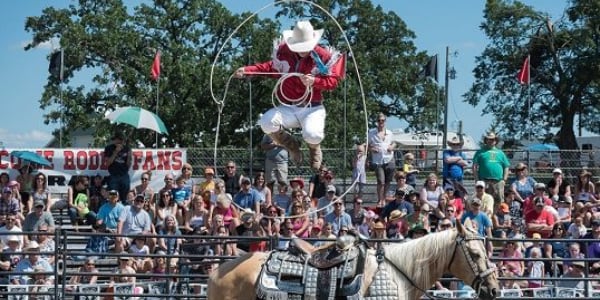 Rider grew up as a 5th generation cowboy while he was competing in Youth and Little Britches rodeos as far back as anyone can remember. He won his first buckle when he was just 5 years old. He was given a Will Rodgers trick roping kit for Christmas when he was nine.

Rider would push the living room furniture back and watch instructional videos over and over until he mastered each trick. He started performing locally that next summer. He then began performing in professional rodeos by the time he was eleven. Rider continues to practice the cowboy skills of trick roping, gun spinning, and whip cracking daily.

In the early days of rodeo, it was held as a competition at many of the largest rodeos in the nation. Rider competes at the international competitions in trick roping and gun spinning.